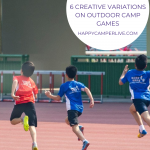 Everyone loves those outdoor games where campers can run around and release their energy. These games are highly cooperative, physically active, and easy to learn for campers of all ages. But after a while, playing the same games over and over gets boring and repetitive, and you want to try something new.

If your campers love playing outside and you’re looking to spice up your afternoon fun, look no further. Here are two popular outdoor camp games (tag and hide-and-seek) with three awesome variations each.

Rules: Freeze tag is a very similar game to the original, with one slight twist. When each player is tagged, they freeze in the spot where they were tagged. There they must remain frozen until another player comes and unfreezes them by touching them. Then they are back in the game. The game ends when the tagger has frozen everybody or the time limit (up to you) expires.

Freeze tag is most fun when no more than eight campers are playing. Any more and it will become too difficult for the tagger to keep players frozen. Have fun with this alternative to tag where players work together to avoid being frozen in a silly pose! 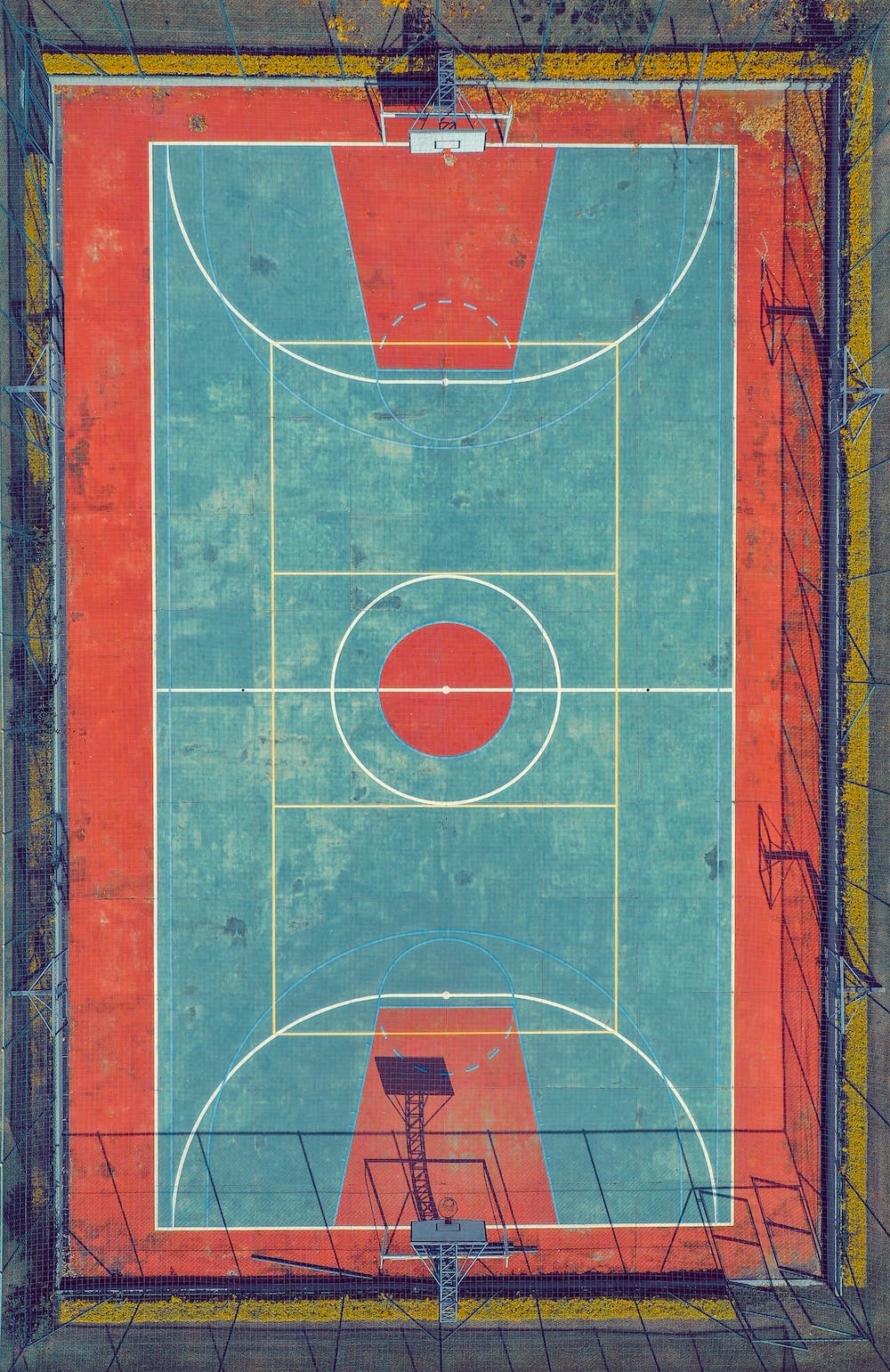 Rules: Line tag builds off of freeze tag and adds a few more rules. The main difference is in line tag, players and the tagger can only run on the lines on the basketball court. Once a player is tagged, they must sit down where they were tagged and become a roadblock. Other players – including the tagger – can’t run past the roadblock. They must turn around and run the other direction on the line. The game ends when every player has been turned into a roadblock or the time runs out.

Line tag forces campers to think about where they want to run, because they must stick to just the lines of the court. The twist of the roadblocks reduces the playing space even further, so kids need to be creative to avoid the tagger. If you can’t find a basketball court to play line tag, draw in lines with chalk on an area of concrete and create your own playing space! 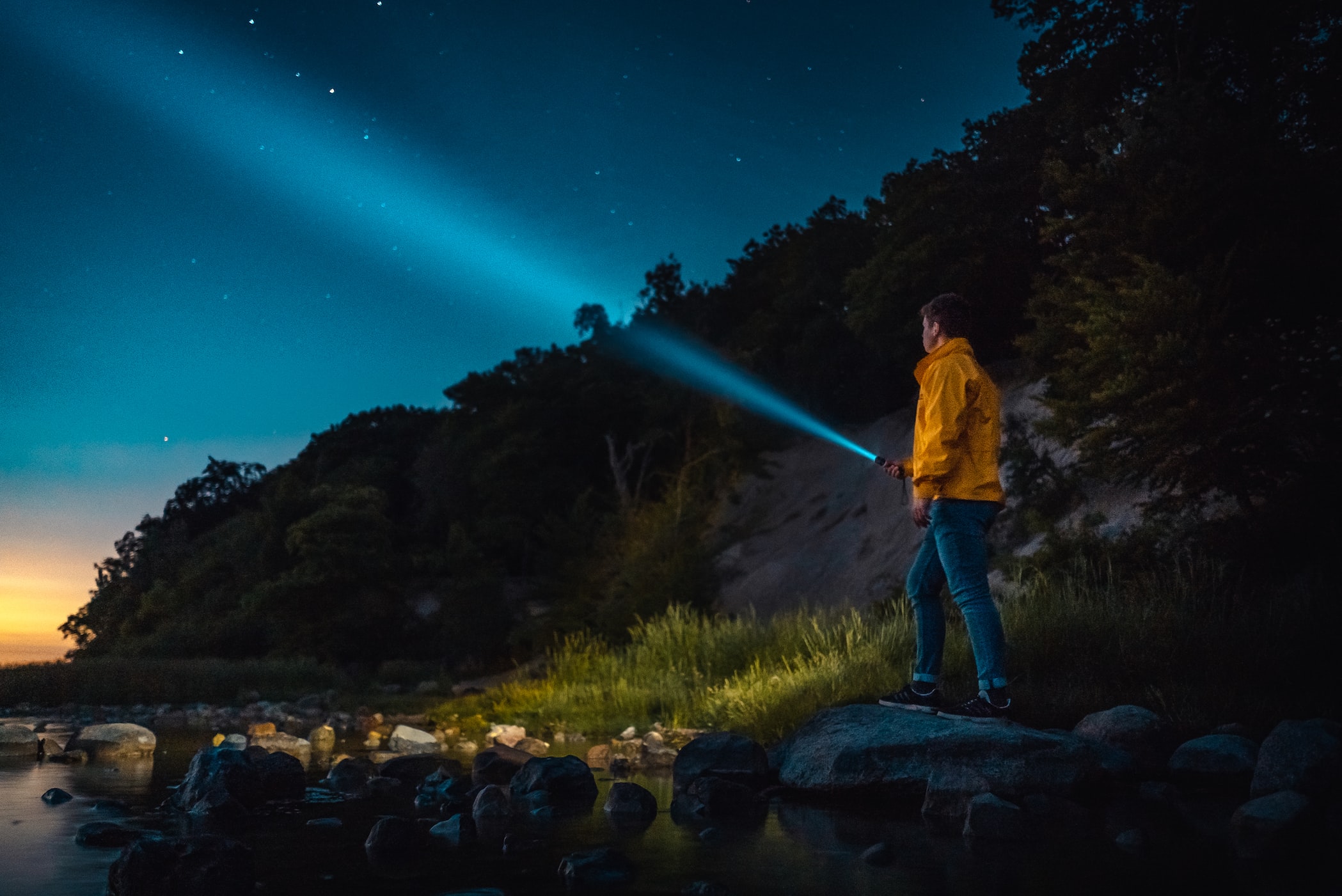 Rules: Flashlight tag is exactly what it sounds like. The tagger uses a flashlight to tag other players instead of their hands, and other players must avoid the beam of light. Of course, this variation can only be played in the dark and in clear, open spaces to avoid injury.

Flashlight tag incorporates the running and dodging of the original game while also adding a stealth component. Players must use the darkness to their advantage to avoid the sweeping beam of light. This game is best for older campers that don’t need as much supervision, because most of the game involves navigating the dark night!

Rules: Think of Sardines as reverse hide-and-seek! In this game, instead of having one seeker look for many hiders, there is one hider and everyone else is a seeker. After all counting down from 60, eyes closed, the seekers must try to find the one hider. Once a seeker finds the hider, they must hide in the same place. This continues until all the seekers have found the hiders in the same place. The goal is to not be the last seeker to find the hiding spot.

Sardines completely turns hide-and-seek on its head and makes players rethink their approach to the game. It’s also a much more interactive alternative to hide-and-seek. Usually only one player has the chance to move around while the others have to sit in their hiding spot for long stretches of time, but in Sardines, only one player has to wait while all the other players can move around. If you’re looking for a more active version of hide-and-seek, sardines is the game for you!

Rules: Camouflage is a condensed version of hide-and-seek. The seeker counts down, eyes closed, and the hiders must find a spot within the seeker’s line of sight. Then the seeker opens their eyes and attempts to spot the hiders without moving. If the seeker can identify who is hiding and where they are hiding, that player is out. Once the seeker finds as many people as possible, they close their eyes and count down again, while the remaining players find a new hiding spot closer to the seeker. The game continues similarly until every player is found.

Although it may be the least physically challenging of all the games on this list, Camouflage helps campers improve their patience and ability to stay quiet. Younger campers may struggle with these skills, but the built-up anticipation that Camouflage creates will ensure fun for campers of all ages! 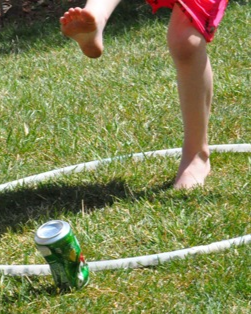 Rules: Kick the Can combines the best features of hide-and-seek and tag, forcing players to use both speed and stealth. Before each round starts, a can is placed in the middle of the playing field. Then the players hide and the seeker counts down and the game proceeds like normal hide-and-seek. However, when the seeker finds a player, they must tag them as well. Once a player is tagged, they are out. However, if a hider that hasn’t been tagged runs and kicks the can over, everyone who was out comes back into the game. The game ends when the seeker has tagged everyone or the time for the round expires.

Kick the Can keeps kids active and challenges their ability to cooperate. Because campers can re-enter the game even when they’ve been tagged out, there’s always something to keep them  involved!

Have fun with these awesome games and show us your highlights by uploading a video to the campfire on the Happy Camper Live website. Ready, set, go!

GET READY TO SHOW OFF YOUR TALENTS AT THE HAPPY CAMPER LIVE CAMPFIRE! THE WORLD’S LARGEST CAMPFIRE IS WAITING FOR YOU! Here are five top tips for preparing your performance! Choose your skill or talent! Whether you can play Mozart on the piano, dribble a soccer ball or whistle, there is something that you can […]

If your child is heading to summer camp this summer, you’re probably starting to think about what to pack. Shopping for summer camp doesn’t have to be hard. One way to know what to pack is to contact your summer camp director. Camps will often provide a list of what you should pack and send […]

Getting Ready for Summer Camp? Here are some summer camp hacks and tips! Have you ever gone camping at summer camp only to realize you forgot something important? Have you been in a situation to where you just don’t know quite how to make things happen when you need them to the most? Maybe it’s […]