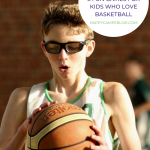 Everyone loves basketball! From the plastic hoops that you can set up in your house to the ten foot hoops that pro players use, people of all ages enjoy the simple action of shooting a ball into a basket, especially kids. But sometimes it can get boring just taking turns shooting and dribbling. Next time you take your kids to the court, try one of these games to make their basketball experience that much better.

The games listed here are broken down into three categories: shooting, dribbling, and all-around. Ask your kids what they want to work on and pick whichever game looks the most entertaining.

Here are 6 basketball games for kids who love the sport. All you need is a basketball court and a few balls for each game!

Goal: Be the last player remaining by “knocking” other players out!

Knockout is a fast paced shooting game that forces kids to be accurate and steady under pressure. To make the game more challenging, start from the three-point line!

Goal: Be the first to make a shot from all five spots!

Rules: There are five spots on the court where each player will shoot from: the left corner, the left wing, the free throw line, the right wing, and the left corner, in that order. When it’s a player’s turn, they must make a shot from the given spot. Each player has two shots from each spot on their turn. If they make one of the two shots, they move on to the next spot. However, if they miss both shots, their turn is over and on the next turn they must go back to the beginning. If they don’t want to risk going back to the beginning, they can forfeit their second shot and pick up at their spot on the next turn. The first player to make all five shots wins!

Around the world is an incredibly simple game that is purely about shooting. It rewards patience, discipline, and strategy, not to mention great shooting! To make the game more interesting, you can add more spots or make the spots farther from the basket.

Requirements: 3+ players, balls for every player but one

Goal: Be the last player to get caught by the shark.

Sharks and Minnows makes practicing dribbling fun! Encourage your kids to use their body to protect their ball and dribble at different speeds to avoid the sneaky shark.

Requirements: 2+ players, balls for each player 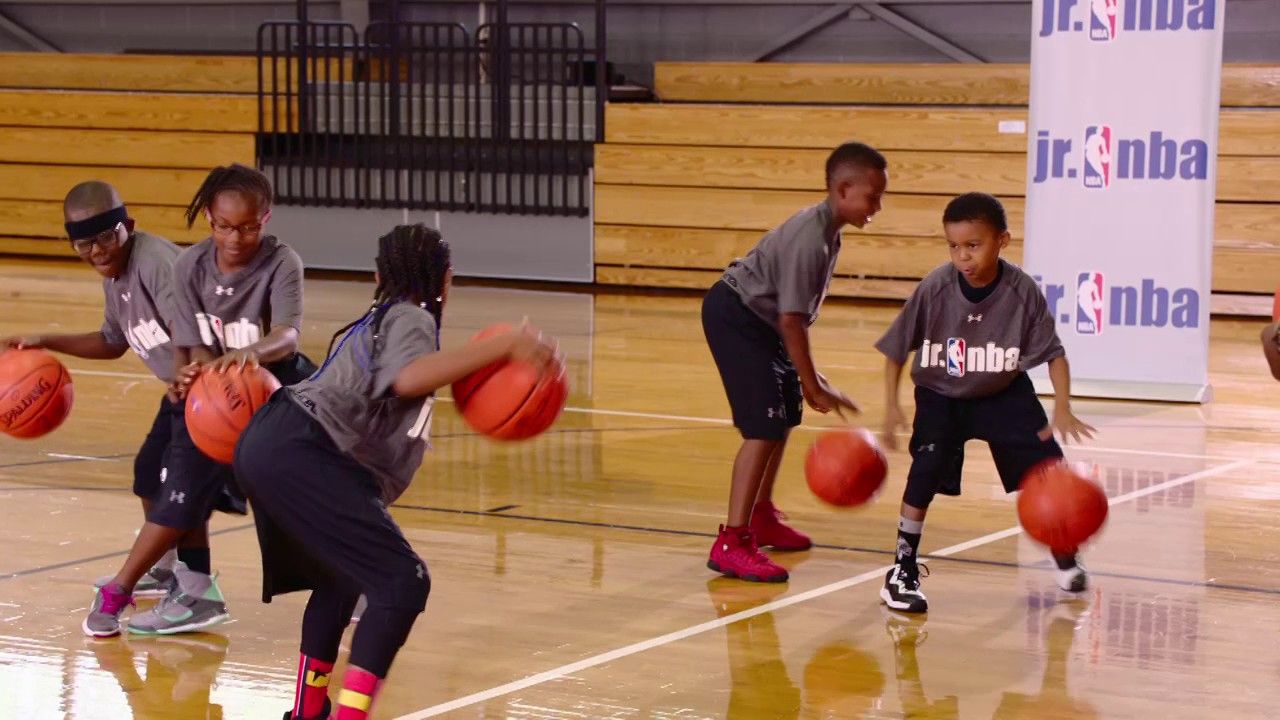 Goal: Knock other players out and be the last one to keep control of your ball.

Rules: Players spread out across the court with a basketball. When one player says “go” players must try to steal each other’s balls by knocking the ball out of the court. However, they must do so while maintaining control of their own ball. The last player remaining wins. The rules are very similar to Sharks and Minnows, but instead it’s every player for themselves.

Dribble Knockout helps kids work on their ball handling skills, especially with learning to keep their head up while dribbling. If they’re looking down the entire time, they won’t see other players coming and they won’t have time to guard their ball!

Goal: Be the first team to finish the race!

Rules: Divide up the players into two even teams. If there is an extra player, they can play on both teams. Each team will line up single file under one basket. After the players at the front countdown from three, they must dribble the ball to the other end of the court, make a basket, and then dribble back to their team. Once they finish, they hand the ball off to the next player on their team, who must complete the same task. Whichever team has all its players finish the race first wins.

The Relay Race combines dribbling and shooting skills in a fun, competitive game that kids will love. Remind them not to pick up the ball when dribbling, as the intensity of the game may cause them to forget!

Goal: Finish the contest the quickest to win the game!

Rules: Create an obstacle course and keep track of how long it takes each player to finish. The player with the shortest time is the winner.

Get creative with this game — let your kids experiment with different obstacles and challenges. You can add boxes, cones, or nets to make the contest more difficult.

Here’s an example of possible course:

Dribble around the court twice.

Dribble across the court and back using only your left hand.

Make a free throw shot with your eyes closed.

The Skills Contest is the culmination of every other game into one large competition. The game forces kids to use what they’ve learned in every part of basketball, including shooting, dribbling, and perhaps even passing.

Have fun with these awesome basketball games, and don’t be afraid to get creative. Add some variations and perhaps even combine parts of different games. We want to see all the fun you’re having on the court, so upload videos of your kids playing to the Campfire on the Happy Camper Live website. Ball out!

5 After-School Activities For Kids To Do At Home

Parents are looking for activities for their kids to do when the school day ends and they’re still working. Without being able to drop kids at soccer practice or ballet lessons, it might be a little harder to keep the kids entertained. Here are five activities for kids to enjoy when they are done with […]

Camp is Alive with the Sound of Music

Music Camps for Kids at Happy Camper Live Kids really benefit from learning music From the time you were very little, music likely played a big role in your life. It’s probably been awhile, but I bet you can recite every lyric of the Itsy Bitsy Spider. And don’t forget all those lullabies that were […]

The best reasons why kids should try tennis! Tennis has got it all. It takes skill. It takes strategy. It is competitive. It is awesome. Tennis camp on Happy Camper Live will help teach you what you need to know to become a great tennis player. Here are some of the reasons why you must […]