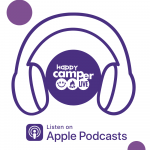 He is  also currently the Director of Operations at Camp Starlight in Pennsylvania. David hopes his commitment to young people in and out of the arts is an ongoing endeavor throughout his life. He has produced adapted and music directed recordings for Broadway Junior, TYA and School Edition series for Music Theatre International, Disney Theatrical Productions, Tams Witmark, Samuel French, Stage Works Media, Playscripts and iTheatrics.

He focuses on creative development in musical theatre for stage adaptations, licensing and original work. He has also written music for It’s a Hit!, The Adventures of Flat Stanley, D-Nozzle, the Musical, Manopause the Musical incidental music for James and the Giant Peach (Music and Lyrics by Benj Pasek and Justin Paul).

In addition to scoring for numerous independent films and media projects, he is currently writing, adapting, and developing many new projects. David has toured with Irving Berlin’s White Christmas and 100 Years of Broadway. In addition, he worked on A Christmas Story Live! on Fox, Rocktopia on Broadway, and conducted Les Miserables on Broadway. He is also the resident music director and arranger at Nashville Children’s Theatre and has music directed and conducted many regional and university productions, cast albums and educational recordings. Please hear some of his work on his website: www.davidweinsteinmusic.com.

How to do a Kip-Up

Once you’ve practiced the fundamental techniques of taekwondo, you can begin to learn some of the advanced moves, like the kip-up. This move is challenging, but with enough practice in a safe environment, you can master this move and show it off to your friends.   Before you begin, make sure the surface you’re standing […]

Setting Up Your School At Home Space

This whole school at home thing is new for most of us. Making the adjustment to learning at home can be challenging for kids (and parents) without setting up some clear guidelines and boundaries.  Take these five steps to set yourself up for success in your remote school at home space.  Limit Distractions It’s easy […]

Trick-or-treating may not be in the cards this Halloween, but there are still ways to celebrate at home with some fall treats that kids can help make and enjoy. These fall treats are great for the month of November too. Try these 7 easy fall treats for kids!   Sugar Cookies Sugar cookies can be […]

How To Start A Garden With Kids