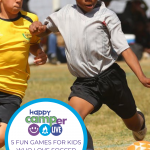 For many kids, soccer was the first sport they were introduced to. At a young age, learning to kick a ball and work with teammates were essential skills that helped ease their transition into team sports and other cooperative activities.

But as your kids get older and their skill sets improve, they’ll need to challenge themselves in order to get better. That means learning new games that will sharpen their abilities, and playing more to improve their stamina. For kids who love soccer, there are a number of worthwhile games that will push them to get better — and they’ll have a ton of fun at the same time.

Here are 5 fun soccer games that your kids should try, in order of increasing difficulty!

Note about difficulty levels: It’s on a scale of 1-10, with 1 being the easiest and 10 being the most challenging. 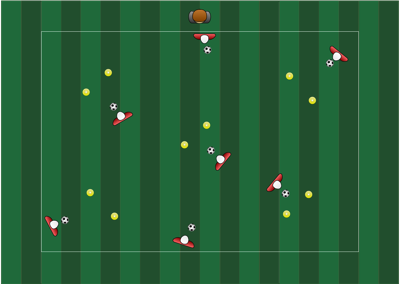 New players need to start from the ground up, which means learning how to dribble with control. Set up six gates, consisting of two cones about three feet apart, however you like around your playing field, and give each player a soccer ball. The goal of this game is to dribble through each gate as quickly as possible. Whichever players completes all six gates the fastest is the winner.

This exercise may seem slightly dull, but it’s a great activity to help beginners develop their skills. Players need to keep the ball close to their feet in order to dribble through the gates without losing control. To make the game even more challenging, tighten the gates so that there’s only enough room for the diameter of the soccer ball to go through!

If you read our blog about basketball games, you’ll recognize Sharks and Minnows. The soccer version is virtually the same, with one slight difference. Designate one player to be the shark while the rest are minnows. The shark stands in the middle of the playing field while the minnows each grab a ball and spread out along one sideline. When the shark says go, the minnows must try to dribble across the length of the field without having their ball knocked out by the shark.

Unlike in the basketball version, where losing control eliminates a minnow, in the soccer version their ball must be kicked out of the playing field. This gives the minnows a chance to regain control if their ball has just been knocked away. This is great practice for a real soccer match, because players need to learn to maintain possession of the ball even if they don’t have complete control. 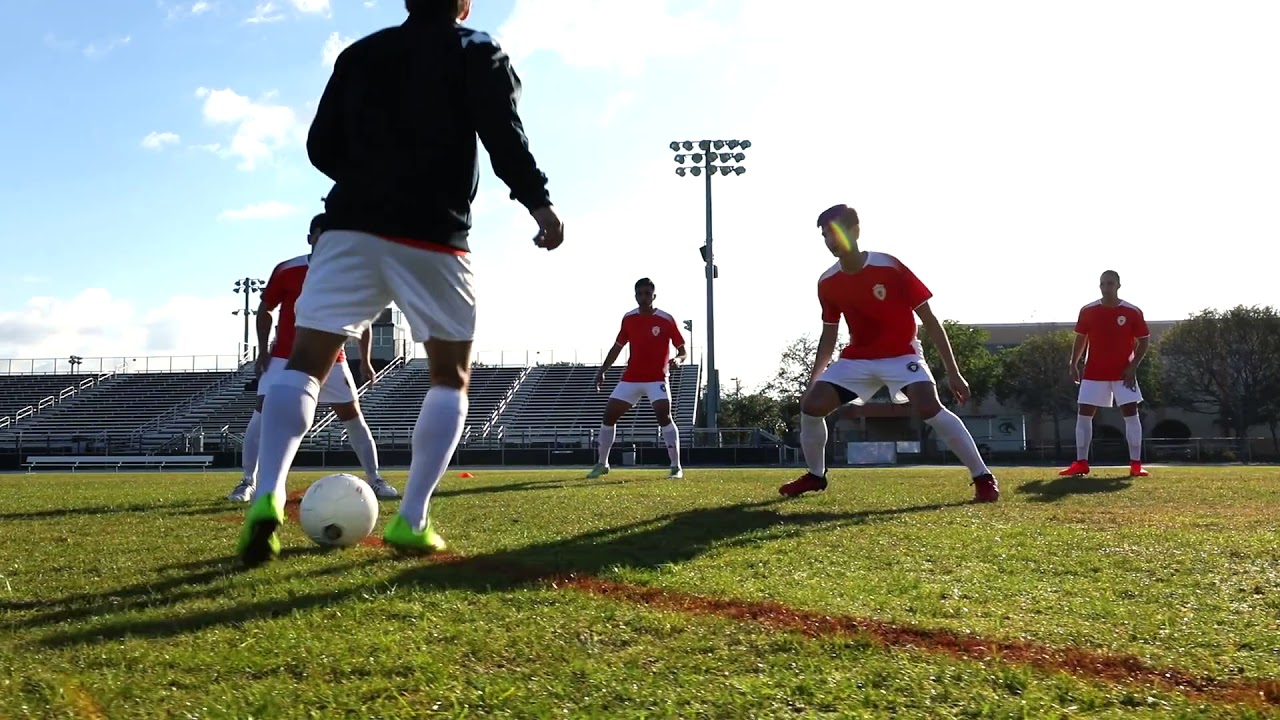 Now we’re moving past the simple dribbling games and incorporating passing as well. In Keep Away, players are separated into two teams. The goal of the game is straightforward: If your team has the ball, dribble and pass to your teammates to prevent the opposing team from stealing the ball, and if your team is playing defense… steal the ball! The team with the ball at the end of two minutes wins the round.

Keeping possession of the ball for your team is perhaps the most important soccer skill to learn. The longer your team has the ball, the more tired your opponents get, and the better chance you have at getting a scoring opportunity. Keep Away forces players to use dribble moves, crisp passes, and great communication in order to succeed, making this game one of the best for preparing for an actual match.

World Cup is the perfect soccer game to make your kids well-rounded players. Before you begin, pick one player to be the goalkeeper, and have each remaining player pick a country. Then throw a ball into the playing field to begin play. It’s every player for themselves, as they must dribble, play defense, and eventually score a goal. When players go to shoot, they must shout out their country name, otherwise the goal doesn’t count. Once a player scores, they are safe and move on to the next round. The player left once everyone else scores is eliminated. Then begin the next rounds until only one player is left.

If you have more players, you can divide them into teams of two to add a teamwork aspect to the game. Either way, World Cup is a fantastic way to get kids to work on their fundamentals and to have fun at the same time! 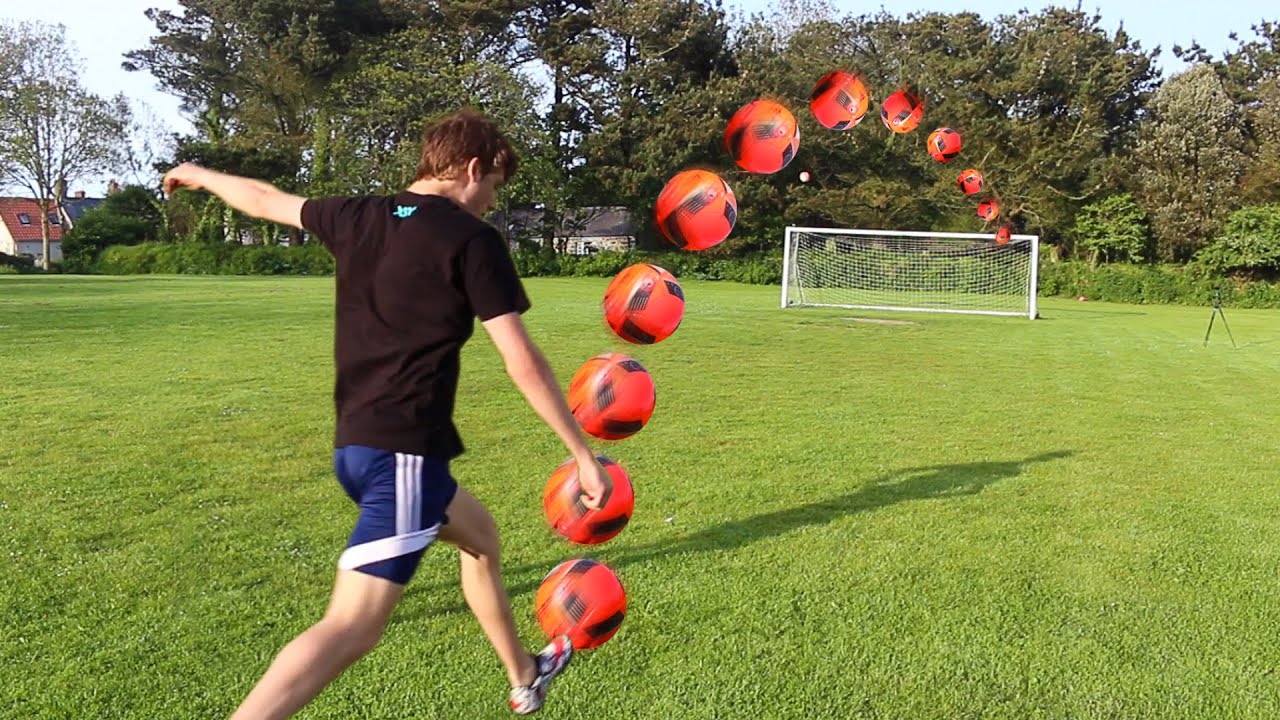 Unlike the past two games, the Crossbar Challenge is purely a shooting game. And although players don’t need a lot of stamina for this one, it’s one the most challenging soccer games you can play. The concept is simple. Players take turns trying to shoot at the goal, but instead of trying to put the ball in the back of the net, they’re instead aiming for the crossbar. The first player to hit the crossbar wins a point and they get to pick the next spot to shoot from. The player who gets five points first is the winner.

This is the ideal game for players looking to refine their shot accuracy. Anyone can make a shot on an empty goal, but if you have the precision and power to put it on the crossbar every time, you’ll be scoring hat tricks in no time!

Have fun with these awesome soccer games, and don’t be afraid to get creative. Add some variations and perhaps even combine parts of different games. We want to see all the fun you’re having on the field, so upload videos of your kids playing to the Campfire on the Happy Camper Live website. GOOOOAAAAALLL!

Benefits of kids unplugging from technology Our lives are filled with TV, tablets, phones, and computers. While there are many benefits of technology, I am increasingly concerned about campers who are glued to their screens. I’ve seen many children become slaves to their electronic devices. It is important to establish a balance between screen time […]

Learning to trust your gut Important lessons from summer camp What should I do? It is a question I hear from campers all the time. Although I’m their counselor, I don’t like to make decisions for them. When I feel it is needed, I give them suggestions or advice. Most of the time, though, I […]

5 Ways To Give Sports A Fall-Themed Twist

5 Activities To Celebrate Halloween At Home Or From Your Backyard

For Max Learning and Development, Give Kids a Variety of Activities and Challenges